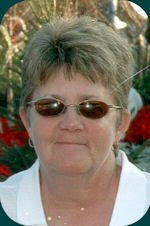 Belmont, NY - Judy L. Hurd, 55, of 25 Willard Street died unexpectedly on Monday, October 12, 2009 shortly after arrival at Jones Memorial Hospital in Wellsville. She was born July 2, 1954 in Wellsville, the daughter of Kenneth A. and Nancy (Lehman) Kiefer. On July 16, 1983 in Wellsville she married Louis E. Hurd who survives.
Judy was raised in Wellsville and formerly resided in Addison IL for 16 years. In 1999 she and her husband became the proprietors of LJ’s Kwik Stop in Allentown. In 2006 Judy was first elected and was currently serving as the Town Clerk for the Town of Amity. She was a member of the Herbert-Delong Post 808 American Legion Auxiliary and bowled with the Tuesday Night Ladies League at Community Lanes in Belmont for the past eight years.
Surviving in addition to her husband are three daughters, Tammy (Robert) Scharet of Ocala, FL, Terrina (Richard) Santiago of Aurora, IL and Monique Brownell of Wellsville, one son, Gary E. Brownell Jr. of Belmont, a stepson, Jerome (Andrea) Hurd of Painesville, Ohio, a stepdaughter, Sonya Hurd of Erie, PA, eleven grandchildren, two brothers, Rickey (Marge) Kiefer of Roachdale, IN and Kevin (Debbie) Kiefer of Schererville, IN, a sister, Tracy Potter of Belmont, her father, Kenneth (Irene) Kiefer of Beaver, PA as well as several aunts, uncles, nieces and nephews.
Friends are invited to call on Thursday, October 15th from 2:00 to 4:00 and 7:00 to 8:00 pm at the J. W. Embser Sons Funeral Home Inc., 17 Schuyler Street in Belmont. A memorial service will follow visitation at 8:00 pm Thursday in the funeral home with Deacon Frank Pasquale presiding. Burial will be in Forest Hills Cemetery in Belmont. Memorial suggestions include the Herbert-Delong Post 808 American Legion Auxiliary in Belmont, the Amity Rescue Squad or the American Cancer Society.
Posted by Dick Helms at 8:54 AM